Following the calf pains which developed after I recovered insufficiently from the Grunty Fen half marathon, I decided not try running again prematurely (after running prematurely on September 14 and further injuring myself). I went for a gentle 2 mile jog yesterday and felt no calf pain but later it didn’t feel 100 % right. I’ll go for another 2 mile run on Thursday and then do the Cambridge parkrun on Saturday, September 28. I’m doing the Hoo Haah half marathon at Wimpole Estate on October 6 or maybe not ! It’s trail run and hilly which might be kinder to calves. However there is a high likelihood I won’t be on the start line or not complete the race.

We volunteered at Wimpole parkrun last Saturday, enjoyed coffee with friends, had a quick look around the second hand bookshop and visited a Second World War themed boot sale selling memorabilia from the 40’s and 50’s. Many people were dressed in uniform or period fashions. It was like being on the set of Dad’s Army. Clearly, part of the attraction for the participants was the opportunity to dress up and get into a role. A uniform carries authority and is a very visible sign of particular powers, however small or mundane. It’s a cliche to state that women like a uniform but I think a substantial number do. (Stereotyping warning).

We went into Cambridge on Saturday afternoon and I made a beeline for the second hand bookstall where, mystically, a particular book spoke to me in the politest manner, arguing his case for purchase (and it was a “him”). No, I growled, I don’t want you. There is no way you are being invited into my small, precious library. My lips curled with disdain and my face was wrought grim and aged with loathing. I turned abruptly, my cloak swirling with stylish abandon and strode off into the Cambridge melee , an unstoppable force of nature. I congratulated myself on having defeated the urge to buy a book and move on. Well done me !

Postscript : I returned to the bookstall and bought the above book 30 minutes later. I had reviewed my original decision and found it lacking in intellectual rigor. It was simply too risky, too dangerous not to let it into the family home. I have related this little story to prevent others making similar mistakes. Never take chances.

I bought these marvellous knitting patterns at Wimpole Hall. 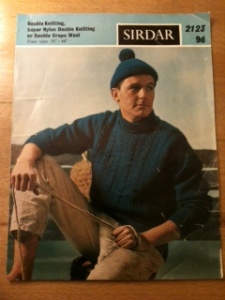 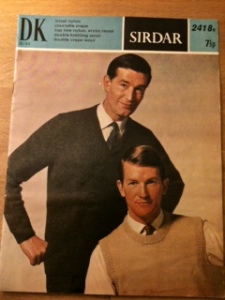 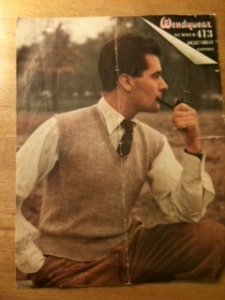 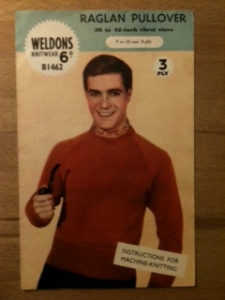