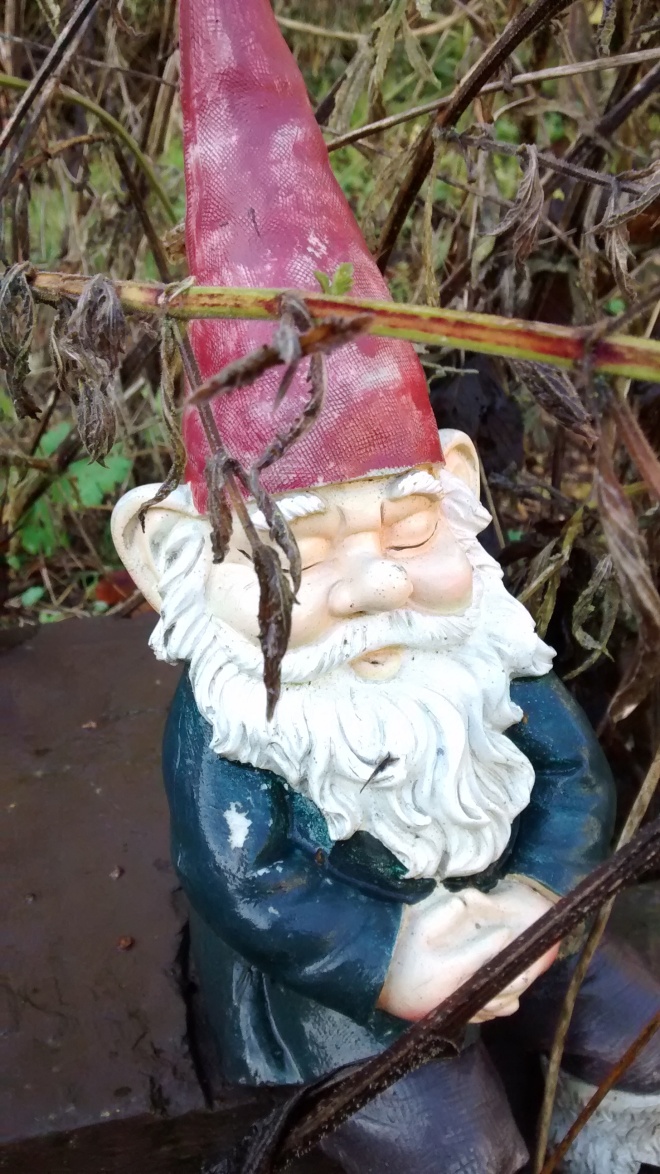 My garden gnome is napping not hibernating. They’re all coming up. Snowdrops, daffodils, aconites and crocus. Please don’t split hairs by mentioning they are winter flowering. The wise gardener can see and hear the gears of Spring aligning (I’ve no idea what this means but it’s a nice image). 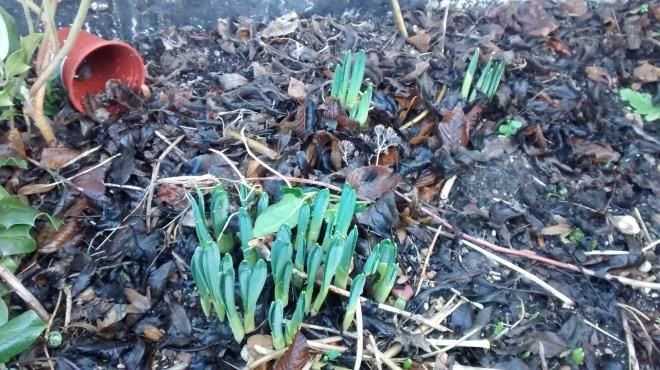 These daffodils are on the way despite zero centigrade. Last years bizarre weather saw them flowering before Christmas. 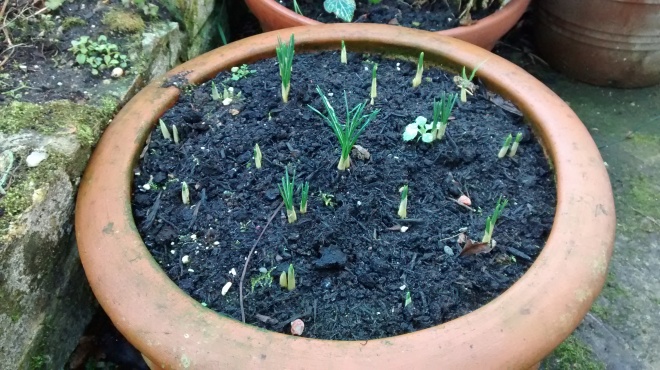 A crocus bowl. These are dear little flowers.

So, I think I’ve proved beyond doubt that winter is on the way out. Actually, around the Cambridge area I’ve found the cold more manageable this year. Since my heart attack seven years ago, I’m much more sensitive to cold weather and when I’m running in temperatures of less than 6C I never see anyone wearing more kit than me. Presumably this is a side effect of taking aspirin. 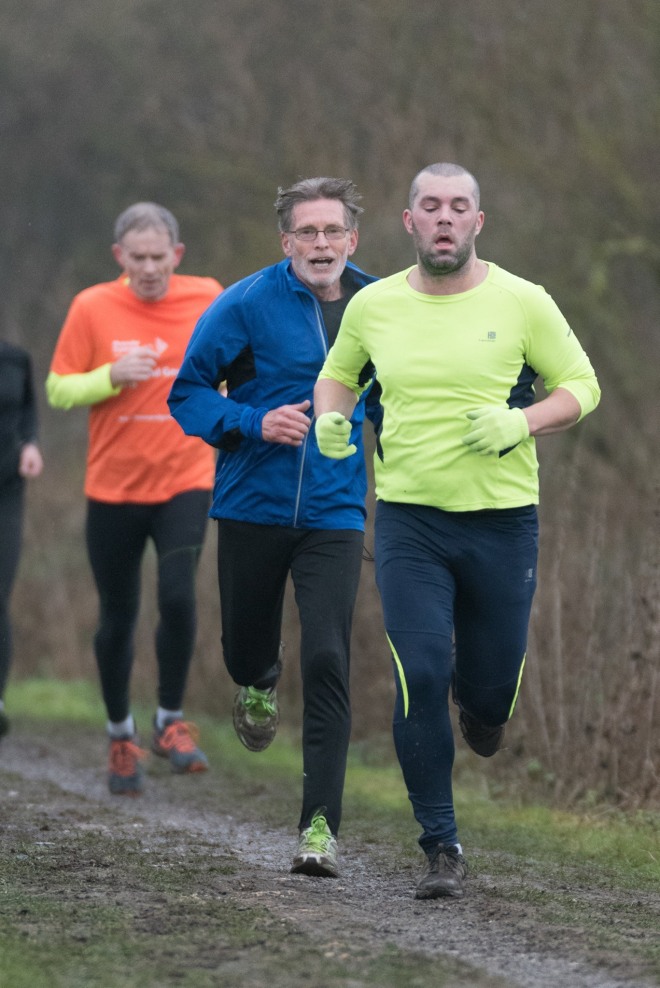 Here’s me in blue attempting to take a bite out of the runner’s shoulder in front of me. This pic is courtesy of John Wilderspin who is a regular photographer at Cambridge parkrun. I am trying to affect a relaxed, this-is-no- effort expression. Instead, I look maniacal. Obviously a work in progress.  I should have worn gloves. My hands remained freezing throughout the race.

I haven’t been running very frequently over the last two months but 2017  will see me rev it up (new commitment to use vernacular). On New Year’s Eve, I did parkrun at 9am and then drove to a 10k just outside of Ely which started at 11am. On New Year’s Day, I passed on doing another 5k parkrun in Huntingdon, about 30 minutes drive away but Cambridge put on a second parkrun which I ran at 10.30am. The intention was to do Huntingdon as well but I felt too tired and I always give precedence to Cambridge. I was also surprised that my legs felt achey. It shouldn’t be surprising because I put effort into the runs and I’m under trained.

How am I doing at the gym? Well, I seem to be gaining upper body strength at the expense of running speed. Since going to the gym I’ve consistently got slower at parkrun although I’m feeling better physically. Is this a desired result? No! I’m hoping to go from goat to gazelle pretty quickly. 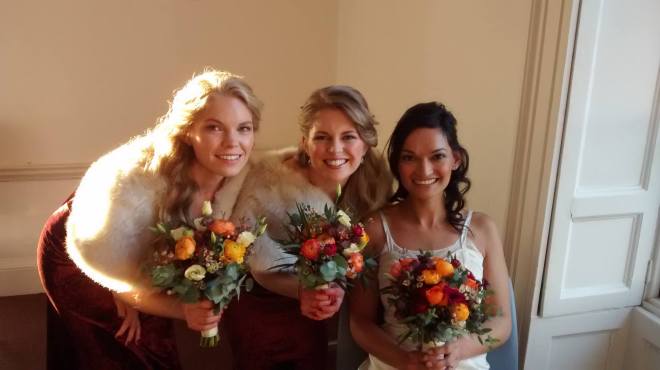 A very significant event occurred on December 29th. My eldest daughter  Shanti married Ben in South London and a really wonderful day it was, too. I took this pic in an ante room with Shanti and her two sisters, Sophie and Isobelle who were her brides maids. Proud dad!

5 thoughts on “Spring on the way! I’ve got the evidence.”