My mother at Christmas. I can’t say she wore this giraffe mask for the entire festive period but the motivation wasn’t lacking. I clearly see where my genetically driven urge to be daft originates! 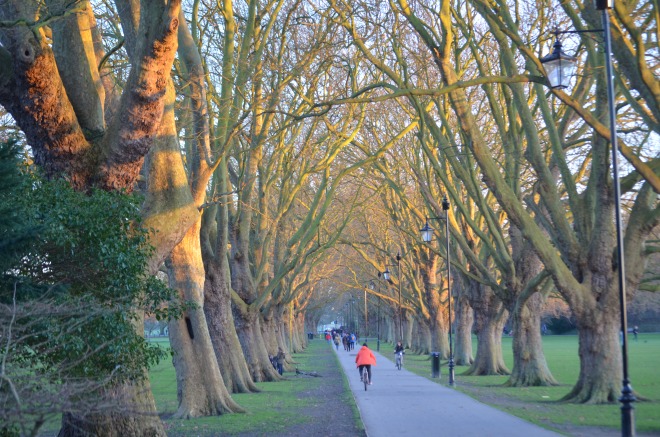 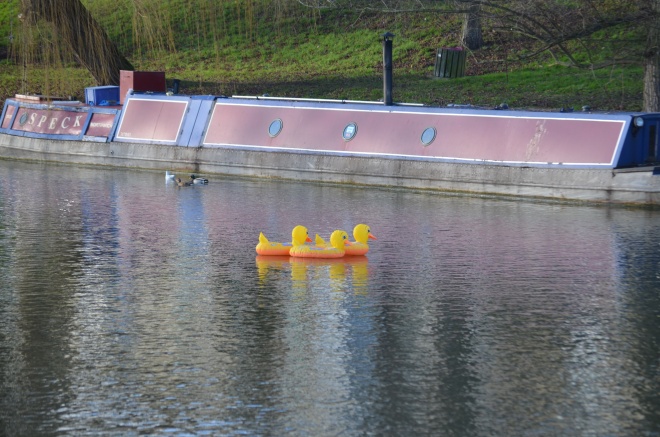 January sunshine on Jesus Green. And heart warming to see the wild life enjoying the lovely weather on the river Cam.

Last week I ran two 9 milers which is probably enough preparation for the Cambridge half marathon in March and the next one in 2018. I went to the gym once and did Cambridge parkrun yesterday. The conditions were similar to the week before. Dry and cold. The field was 540 and it took 30 volunteers to put it on. Icy puddles were a considerable hazard on some parts of the narrow path and small stretches needed to be coned off. By one churned up muddy/icy patch in the centre of the running line yesterday, a volunteer stood continuously calling out for people to run around him to avoid catastrophe in the slippery gloop.

It’s a big responsibility to minimise the risk to a large number of runners in limited space in such conditions and cancellation of the run is a practical option. As far as I am aware it all went off very successfully on both consecutive parkruns. Very nicely managed.

Trump continues to behave beyond the normal reaches of parody (and by the way, it’s only a couple of days into the new administration). Apart from his stream of consciousness, I’m not-going-to-allow-anything-to inhibit-me-because-I can-easily-contradict-myself-tomorrow utterances, he has a fascinating range of facial mannerisms and hand gestures. He’s trying to convey sincererity, straight no nonsense talking, charm, flattery, personal recognition of the underdog’s predicament and personal one-to-one communication. He’s the genuine article (not). Try and catch the footage of Trump talking about his last, apparently triumphant, meeting with the CIA.

3 thoughts on “My mother living the wildlife!”