New tactics for parkrun. It’s a good example of thinking outside of the box. I was musing (metaphorically) about scything down the competition and then I thought  why not in actuality! So when I saw this scythe at a local garage sale, I knew the universe was giving me something I needed. I bought it for a song ( Let It Be, and I threw in a shortened version of American Pie as an encore). I still have to figure out where to place myself on the start line but that’s not likely to be a problem since I think there’ll be plenty of space around me wherever I choose to stand (particularly if I’m wearing something black and hooded.

Anyway, back to a pre-scythe parkrun at Wimpole Estate yesterday. It went OK. Not too cold, a reasonable time and some unexpected sun. There was a frost at 7.45 am when I walked Rupert the dalmatian but by 9 am it had warmed up sufficiently to run without a jacket. A good cup of coffee and a fruit scone with strawberry jam in the National Trust restaurant/cafe with Ms Alive and Running and our running chums completed a very enjoyable morning. 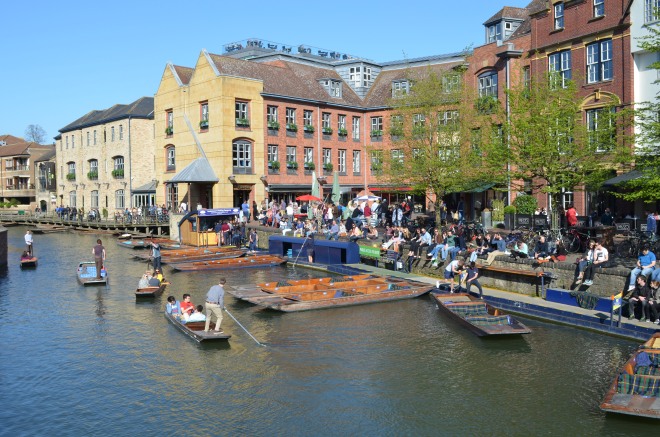 In the afternoon we went into Cambridge for a birthday meal. The sun remained out and the scene on the Cam was barely distinguishable from the Venetian Grand Canal. 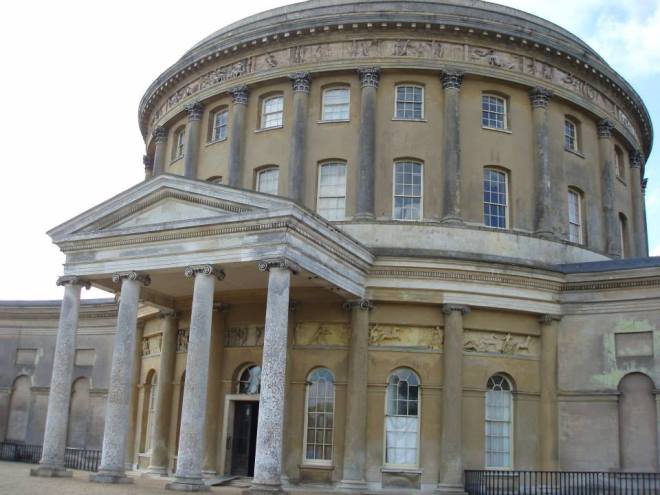 And so, today, to Ickworth House, which is a rotunda, to run a Hoohaar 10k on the estate. I think all races should be held on National Trust properties. Great facilities (lavatories instead of toilets, lovely large, airy cafes, wonderful grounds) and entry to the right class of person. The plebs are turned away at the Gate House and advised to go and run in a public park. Only joking! The hoi polloi are guaranteed entry everywhere.

The race went well and I knocked off 90 seconds from last year. There is an evil hill at 9k which slowed me down considerably but I’m not complaining (much). It’s a beautiful course, mainly trail, and undulating. Unfortunately one of our running friends, who moved to Yorkshire and came down for this race, fell and injured her knee. Unable to continue, she had to hobble back because of a lack of mobile signal and inadequate contingency arrangements.

And speaking of class based entertainment, one can do no better than listen to BBC Radio 4’s Paul Temple and the Gregory Affair, a 2013 production of Francis Durbridge’s detective drama at 11.30 am on Fridays. Paul Temple, his wife , Steve (female) and the top policemen have cut glass English accents and weld power effortlessly with confidence and panache. Gentle drama, gentle comedy and so redolent of a 30’s and 40’s class divided Britain.

Ye old windy path that is troddeth by me nearly all days of the year accompanied by my faithful canine, Rupert. I particularly like this part of the woods. It has a mystical feel, as if  you could meet a country person from the Victorian age or the Middle ages or a wandering Greek god seeking a diversion from mythical responsibilities. I don’t run in this wood. Sometimes I meet other dog walkers but most often I’m listening to BBC Radio 4 podcasts. We are so lucky to have the BBC and to have such a range of high quality broadcasts. Today I listened to All in the Mind which featured a very affecting interview with an anorexic 22 year old woman and her carer mother followed by a discussion on current research on the role of the hormone oxytocin in mitigating some of the features of anorexic symptoms.I’m spoilt for choice. Woman’s Hour, The Life Scientific, In Our Time, Start the Week, the dramas, Beyond Belief, Open Book, Thinking Aloud and many more. Who needs music? Tip : Radio Times essential reading.

I felt fine after the late evening run with the club yesterday. We ran up and down a a short hill six times and covered over 7 miles. Today, I ran my usual default, just ticking over, 2 mile run. I run to an Indian restaurant formerly known as the Slap Up and now renamed the Bollywood Spice, salivate in response to any wafting Indian cooking aromas and return home along the same route. Might go for a longer run tomorrow. The world awaits my decision.