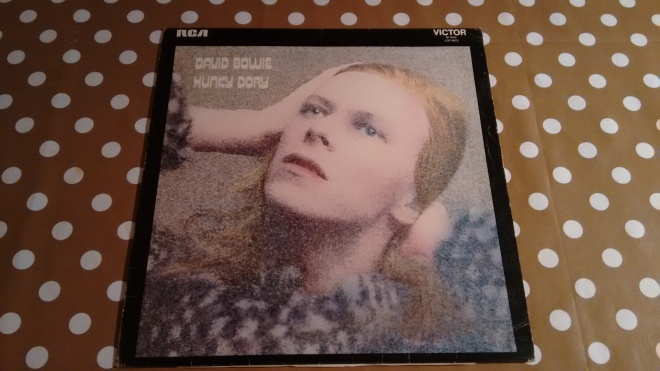 Archbishop Justin Welby, commenting  on David Bowie’s death which was announced this morning, remembered “sitting listening to his songs endlessly in the 1970’s particularly and always really relishing what he was , what he did, the impact he had.” That won’t be music to the ears of certain delegates to the Anglican Communion in Canterbury today. Bowie regarded himself as bisexual.

I couldn’t lay my hands on Ziggy Stardust but I did find Hunky Dory which I prefer. Looking through my old vinyl it was sad to come across past heroes, now gone – Kevin Ayers, Jimi Hendrix, Captain Beefheart, Frank Zappa, Sandy Denny, Janice Joplin, Rory Gallagher,Lou Reed, John Lennon, George Harrison, Nico. All part of growing up and the excitement of music.

A cold day in Cambridge, some sun but mainly dull and overcast. I went for a late run around 8.30 pm. Only my head light brightened it up.