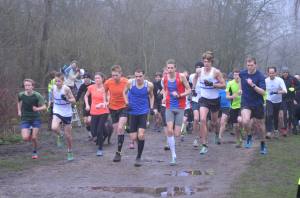 Cambridge parkrun today, albeit 4-5 minutes slower than I would  normally hope to do it in. Why? Because I enrolled on the If You Have An Injury, You Too Can Make It Worse Course For Idiots earlier in the week. Having strained my intercostal muscles (rib cage – my diagnosis) by throwing stuff onto a skip, I went road running with the club after first doing some painful stretching exercises. The following day I still continued chucking stuff on the skip. I despair of myself and will administer a severe reprimand when I’m in the mood to accept it. The end result is that it will take possibly weeks to heal. Certain movements are quite painful, like vacuuming, getting from sitting, lifting, leaning forward and breathing deeply. The good news is running doesn’t seem to make matters worse although speed is capped by increasing discomfort. Tomorrow I’m doing a 5 mile race and next Sunday it’s the Cambridge half marathon.

Actually, because focus wasn’t on speed and effort today, I enjoyed the run more. I was also lapped by several runners. It was rather sobering when the winner swept past me with an eventual time of 15 mins 53 secs, nearly twice as fast as me. I’ll have to up my game. I usually place myself mid way in the 250-350 strong field, among the sturdy squires and minor landed gentry which are behind the running royalty and aristocracy. Today I moved back a bit further and mingled with hard working tax payers and no nonsense types not in receipt of benefits. And very enjoyable their company proved. Lorna volunteered again, as official photographer on this occasion, and took around 400 great snaps.

The top photo is the start of Cambridge  parkrun. The weather was overcast and misty this morning and the course is still very muddy. 256 runners took part which is a small for Cambridge. I seem to have successfully seen off any adjacent runners at this point and came in at 28 mins 7 secs.

This link takes you to an article in the Guardian concerning the tragic death of a mentally ill man whose benefits were stopped following an ATOS assessment which found him fit for work. He starved to death four months later. Who cares? Not the coalition government, surely, otherwise they wouldn’t award contracts to mercenary for profit companies only too willing to find any grounds to stop the benefits of the most needy people. It’s a many pronged attack on vulnerable people experiencing serious mental illness. The contraction in community services and support will ensue more incidents like this will occur. At the very least we’ll be entertained by tabloid stories of mentally ill people eating tins of dog food. Thanks David, Nick et al.   http://bit.ly/1mNinpU