Lots of ladies taking to the the waters of the Cam recently and clearly having fun. 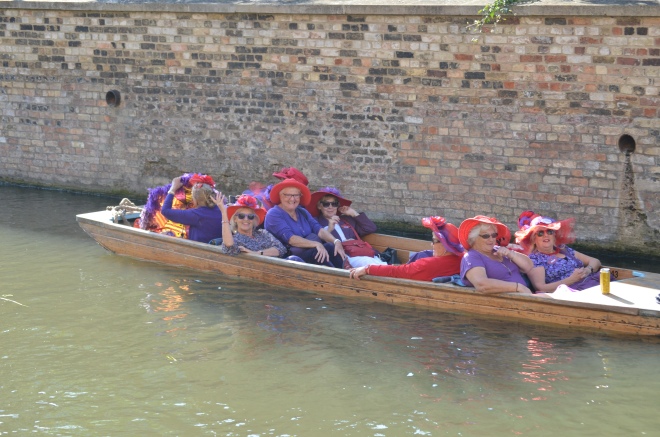 I often stand on a particular bridge and snap away and a surprising number of people wave to me. It would be nice if I could send them a serendipitous pic but how? I’m thinking of printing some email cards which I could then drop from the bridge as they pass under. Would they flutter down and be caught or would they fall at an angle and plop into the water? Could I slightly weight the card so it fell straight? Should I forget this idea or should I be locked up for my own safety? Please advise! 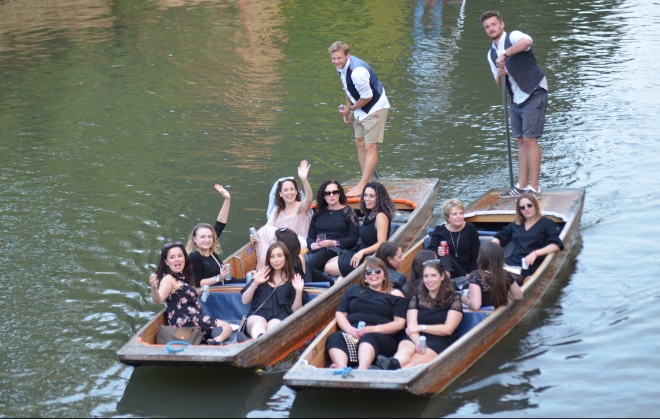 Enough of this particular sliver of my reality and back to running. Last weekend I attended the New Forest Festival of Running in Hampshire with Lorna and two of our running pals. Between us we did a 5k, 10k and two half marathons. A full marathon was also on offer which we politely declined. My hip problem had cleared up but I was somewhat undertrained for running 13 miles. The first two miles went very well, at ten miles I felt very tired, at eleven I rallied but twelve miles found me struggling. When I crossed the line I had no energy left and could not have run any further. Usually I’m able to put on a burst of speed at the finish but not this time. I know I hadn’t put in the training miles yet I was still surprised. I had already done a training thirteen miles around fourteen minutes slower so it’s taken a faster paced race to reveal my lack of stamina.

The New Forest is famous for its wild ponies but it was still mildly astonishing to see them roaming around.  At one point four ponies were cantering on a path adjacent to where I was running. They outran me.

We stayed at Boscombe, on the outskirts of Bournemouth and, unbelievably coincidental, Bournemouth parkrun was only a mile and a half away. A lovely trail run with a wide open grass start.

4 thoughts on “A difficult half marathon. Must do better next time!”