Oh look!  An Anglais urticae has alighted on my verbena bonariensis. I’m not surprised because its larvae feeds on the common stinging nettle which thrives without embarrassment in our garden and in the adjacent field. In fact there are so many nettles they could easily support a swarm of these Small Tortoiseshell butterflies, blackening the sky like myriads of locust. In the meanwhile, a dozen or so flit around the verbena which is good this year.

I’ve trained 6 of them to fly above my head when I’m running locally ( they are not good at travelling in the car so I didn’t take them to yesterday’s Hatfield Forest 10k). The truth is I’ve become a butterfly whisperer. A noble calling but without much call for it.

Felix Dennis has died, aged 67. An extremely successful publisher in later years, he will always be remembered by a certain section of my generation as one of the co-founders of OZ, the 60’s counterculture magazine which was the subject of a high profile obscenity trial in 1971. Oz can be bought on ebay, should you be so minded, and I can recommend Tony Palmer’s The Trials of Oz, first published in August 1971 with drawings by Felix Topolski. John Mortimer was the defence QC and there were many famous witnesses speaking up for them. A still fascinating clash between culture and generations. 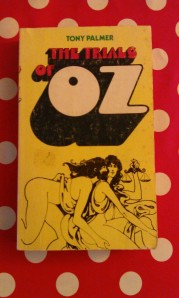 A warm day in Cambridge. I felt  a bit lackadaisical after yesterday’s 10k and put off running until I had a heavy evening meal, a hot chocolate and it had started raining hard. Just over 2 miles; the second mile was easier and I could have continued but time was moving on. I got soaked through. I didn’t take the butterflies with me. They get in such a flap when it rains. They are prone to water logging and can’t flutter correctly. I gave them the day off.